Entertainment industry gossip began to call Laine Hardy the underdog, and pit he and Alejandra against each other. With still 20 contestants left, the girls seem to dropping out of consideration, and those two men headed for the top. In my opinion it had become obvious Laine was going to…

First thought, I should not choose a title before I complete the article. That took way too much time, and it still doesn’t  say what I mean. What I mean is …not sure, but here I go. I have been writing since I could hold a pen and then my…

Another Shindig, #11 in the history books and I am home again. Every year Billy sponsors a fashion, food and music festival in Florence, Alabama which has grown from a couple of hundred of his friends, and customers, to thousands from places like New York, L.A. and even across the world. They, including his parents, descend on the small Alabama town for three days.

It was fabulous this year as usual, though it has become increasingly obvious that Larry and I are over the age limit for these activities. Everyone recognizes us on sight, and are so friendly and even loving. There’s always hugs and kiss here and there and a how have you been? It’s a little more difficult for me, since there is only one of me to remember for them, and thousands of them that I only see usually once a year. By the end of the day, I have honeyed, darling-ed, and sugared so many young men and women. Well, maybe I should say, young-er men and women.

Ten years ago they were mostly in their late thirties and forties. Now the crowd, like their host, has aged to fifties, although they are still attracting a young group. Many of Billy’s employees and all of the interns are twenty-somethings. However you figure it, Larry and I definitely stand out as “TT” and Pops, our names given us by our first grandchild, Mattie, who, by the way is now almost 22. It’s either that or  we’re just Mama and Daddy to everyone.  It is very flattering, but I still wish they all had name tags.

The food for the three-day event is spread out throughout town from the VIP breakfasts at The Strickland Hotel and gourmet restaurant, Odette’s to food trucks in the park and private dinner at Fame Studios in Muscle Shoals. Many of the attendees came specifically to see this music center of the south, and absorb that Shoals sound. There was a preview film of Ken Burn’s new documentary on country music in the park during Shindig. I was so sorry I missed that.

James Beard award-winner John Currence is always my favorite of the chefs. He’s a family friend so he is not insulted when I frown at some of delicacies he comes up with. He knows I’m a picky eater. There were seven items on the buffet, but I was only brave enough to take the biscuit and tomato gravy that he always has as Billy’s grandma’s dish. This time he offered a morning dessert – bread pudding from his own new recipe. It was not bread, but instead bread crumbs, baked and topped with melted marshmallows and a caramel rum sauce. Now that’s the way to start a day!

Of the food booths and trucks, I loved the folks from Birmingham who grilled pimento cheese with tomato sandwiches. Some of those northerners turned up their noses, but not at the dessert, which was something peanut butter with bananas, caramel and ice cream and Butterfinger bits or whatever. It was delicious and had to be 1,000 calories. But you can also image because of that age category, there were many vegetarians and folks who only wanted kale or stuff like that.

The soft drinks were sponsored by Pepsi and the beer and alcohol by companies in the VIP Lounge across the park in the Kennedy-Douglas Museum. We got a real surprise there to find only two beverages: a vodka concoction named the TJ Reid, and a scotch mixture named the Larry Reid. That was such an honor, as I don’t remember ever having a drink named after me. Being mostly a tea-totaler, I did take a few swallows, just to be nice, and it was good. Unfortunately had I finished it, I would have had to be carried home over someone’s shoulder. But everyone seemed to like them, as the bar stayed open all afternoon and into the night. Few people ever turn down free alcohol.

Larry and I left the bar and walked to the Shoals Theatre the first night. The opening entertainment was The Blind Boys of Alabama. I have heard of them seems like all my life, and I guess so, since the leader said he began in 1944. Finally someone there older than me! They were wonderful. Even the twenty-year olds were on their feet with tears flowing during their version of Amazing Grace. I decided to slip out for the finale and head back to the hotel, before Jack White and The Raconteurs Band began their hard rock. I like Jack, he’s a good friend of Billy’s, but I like to remember when he sang that beautiful Grammy-winning duet with Loretta Lynn.

My girls had offered to drive me back, which I thought was so nice. Then I realized, no, that wasn’t what they said. It was actually, “T.T., we’ll get you back to the hotel.” I understood that as Lilith (She wants to be called that now) opened the Uber car door. I should have known they weren’t missing a minute of that extremely loud sound blaring from the theatre as I was driven away.

The music part of the Shindig has always been amazing with unknowns, stars and those on their way and sometimes down. There are acts in Wilson Park for two days, and each night there are headlines at the Shoals Theatre. I enjoyed Motel Radio, a young group from New Orleans, The Watson Twins, and the kids loved Cautious Clay, who also played for Billy’s runway show. The last evening in the theatre was Drivin’ and Cryin’, a rock group who I did patiently listen to, followed by Margo Price, who brought the house down. She is the future of country music.

Last year, Kasey Musgraves was the headliner and of course, she went on to win The Grammy for Best Country Music Female and also the CMA’s for Best Album and Country Music Female. Billy has a way of selecting the right talent. Several years ago he was the first to feature Alabama Shakes before their star starting to rise to the top.

Saturday’s baseball game is always one of the highlights of the weekend, especially for Billy. He gets to be a kid again. His Alabama Slammers takes on different Texas teams every year with guys he knows. This year Jack White brought his buddies from Warstics, a company that makes baseball bats, as well as from his record label. Their team’s line-up featured a couple of bat makers, ex-ball players and musicians. The Slammers, as usual was made up of Billy’s employees, friends, his teenage son, and this time he threw in two ex-pro players, one who had played in the 1995 World Series games as an Atlanta Brave. Still wasn’t quite enough to beat the Texas guys as Slammers lost by one point in the 9th inning. Surprisingly, Billy was a very good sport.  His parents must have taught him well.

Oh, I almost forgot, there was a runway show, the main event for this three-day party. On Friday afternoon, the VIP invited group took time out from all the partying to enjoy the 2020 Billy Reid Fashion Collection in a building billowing in parachute fabric with a musical back up by recording artist, Cautious Clay. Men and women models walked the runway among oohs and aahs from the audience which included guests, fashion editors, and even Donald’ second wife, Marla Maples. She’s was so cute in her faded jeans and white off-the-shoulder cotton top and very spiked heels. I enjoy seeing her because, again I am the oldest one there so it’s hard to forget who I am. She remembers!

So what a weekend. , or actually four days for us. We finished off our Sunday night at home with our family, ordered pizza, and had ice cream and cake for Larry’s 80th birthday. Then Monday morning, Jeanne, Billy and Abba joined us for our Hampton Inn goodbye breakfast before we left. That’s sort of one of our Florence family traditions. One more kiss, one more hug and we have to leave, but we’ll be back. Walton has basketball games coming up this fall we have to see.

I realized as we drove away, the mayor gave Billy the key to the city on Saturday in a ceremony in the park. There are several homes around there that I really liked. Wonder if that key would fit any of them? 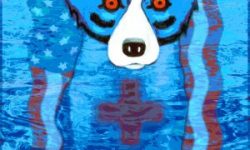 Welcome to my life – or should I say, the change of my life. For over fifty years I considered myself a retailer or a retail consultant, as I ran my store, worked with other stores, and gave workshops and seminars on retailing all across the US and Canada. In… 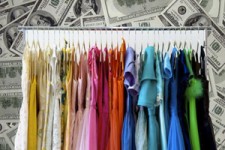 For many of you this title may sound familiar as it was once one of my favorite market seminars. Sometimes I added another M, and included Marketing to give you a triple workshop. M & M came to mind recently when I was in an independently owned specialty store trying… 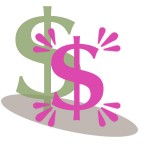 by T.J. Reid   When deciding whether to purchase off-price merchandise for you independently owned specialty store, think of all the ways you can use these items in your inventory. Look at the big picture and decide is there room or reason for this type of goods in you buying plan.…